After spending three weeks job and apartment hunting (which has made the three weeks feel like three years), I have gone out to enjoy what New York City has to offer! 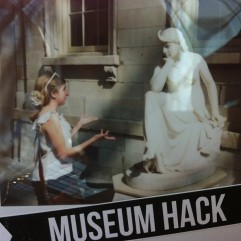 I learned about Museum Hack through a friend of a friend (which is how New York really works) and when I saw on Facebook they were offering discounted tours for $9, I jumped on it!

The concept is this: these are small group tours (I think we had about eight people in total) unaffiliated with the Metropolitan Museum of Art designed to show you not the highlights, but the hidden treasures you didn’t know were there. And with a museum like the Met, with more than two million works in its collection, there are definitely pieces you could easily walk past a hundred times without even realizing they’re there.

The tour by itself would be interesting enough to attract the average art enthusiast. However, the creators of Museum Hack, Nick and Mark (both of whom I met on this excursion), want to make the Met accessible to the general public as a whole, which is a task in itself. 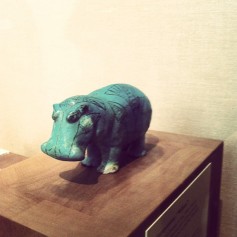 At the beginning of the Museum Hack tour, you’re asked to introduce yourself to your tour group with a power move (I chose the classic sprinkler) and something that you’re passionate about. Suddenly, you’re not just present to absorb information as a passive bystander. You’re interacting with the tour and, therefore, the art in a unique way. They don’t want to tell you what the plaque beneath the piece already says, or even what a quick scan of a Wikipedia page will tell you. They want to show you why art is as quirky and funny and messy as every day life.

Example: How William the Hippo (as seen to the right) became the unofficial mascot of the Metropolitan Museum of Art. (As told by Dean in 60 seconds or less.)

Nick and Mark (and those who work for them) are all clearly passionate about the museum world and what role art has in interpreting history. As Mark said during the tour:

Humans have been humans since the dawn of time.

In some instances, art is all we know about some cultures: what they looked like; how they dressed; what was important to them. They even had senses of humor back in the 1600s! (I know, who knew, right?)

After the tour, I got to sit down with Nick and Mark. What they’re doing is the very reason why I’m up in New York, trying to get my foot in the door. I believe that art helps our understanding of humans throughout history, and its what will humanize our generation centuries on.

They are in the process of creating unique tours for sides of the Met not often thought about:

+ The VIP tours, where you meet after hours and bring your vices.
+ The Sexy Met, to get you and your loved one in the right mood.
+ The Butt Tour, well, I mean. There’s a lot of butts in art.

They’re creating tours for the unique museum goer. Whether that means for someone who already knows all the highlights and wants the stuff that falls between the cracks, or someone who may not necessarily gravitate towards the more typical museum experience.

I highly recommend Museum Hack for anyone, whether you’re a local or just visiting. This is the kind of uncommon experience people look for, something that you can’t get cut and pasted into another city. Even when Museum Hack expands to other museums (and I do believe they will), every tour in every museum will be a unique experience from anywhere else. 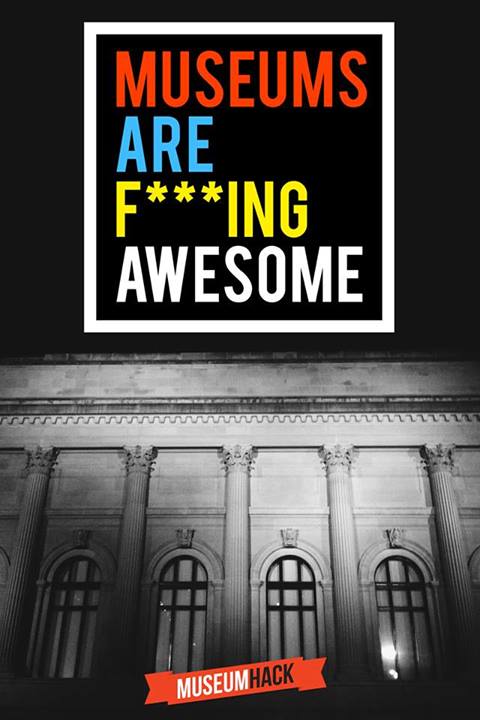 3 thoughts on “Hacking the Met”